A trip through the serene countryside along route 6 is a destination in itself, however there are many sites along the way that make this route a favorable place to see the grass roots of the Lumber Industry. Route 6 is an amazing destination for the adventurer. You can't start this trip without your hiking boots and a good camera.

Come visit on your next trip to Potter County and take a little piece of “God’s Country” home with you!

A juried collective of local fine art and master craftsmanship located in the historic district of Coudersport in the heart of the PA Wilds. 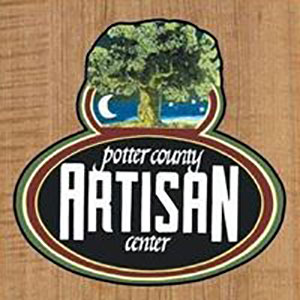 Potter County was created in 1804, carved out from a northwest section of Lycoming County. It is located midway between the eastern and western boundaries of Pennsylvania along the New York border. The county's name is a tribute to General James Potter, who served with distinction during the Revolutionary War but never set foot in the area. Potter County's bountiful forests proved to be the region's main attraction and economic lifeblood during a growth spree that began to subside during the first decade of the 20th century. Native Americans had passed through the forested wilderness, but had congregated in larger numbers in neighboring regions. In 1808, an east/west road across the northern part of Pennsylvania was opened, ushering in scattered settlers. They remained few in number due to the hardship of finding the bare necessities. Ultimately, Potter County's attraction to the outside world was its dense forests of magnificent white pine, hemlock and hardwoods. For decades, the principal occupation of its inhabitants was lumbering and clearing land. Many of the immigrants came from Maine and Canada. Lumber mills were built along streams with sufficient water supply to turn the saws. As more families arrived, churches and schools were built and communities were formed. Railroads were built through the forests to haul logs to the large saw mills in local communities such as Galeton, Cross Fork, Austin, Mina, and Keating Summit. Gradually, railroads replaced the swollen streams in carrying the finished lumber to larger markets on the east coast. Labor was imported, including many European immigrants, and in 1900 the population of Potter County reached its all time high of 30,621. Industrial plants were established, using wood or bark as raw materials. As the hillsides became barren, the population spiraled downward. With much of the barren timberland abandoned, its ownership reverted to the Commonwealth. Today, almost 300,000 acres, more than 40 percent of the land in Potter County, is owned by the Commonwealth. Although there are scattered manufacturing facilities and small businesses, farming and lumbering remain components of the county's economic foundation. Tourism and recreation also generate jobs and income. Much of the forest that was hacked away from 1890-1910 has returned, and a third generation is growing in some areas. Succession forests consist of a higher proportion of marketable hardwoods. Potter County has been called the roof of the Eastern United States, as headwaters of the Ohio/Mississippi rivers, Chesapeake Bay and the St. Lawrence River. The county's population descended rapidly from 1900 through 1930. There were fluctuations over the next half-century before a steady rise in the 1990s. Between 1990 and 2000, the population rose from 16,717 to 18,080. It rose even more in 2001-02. However, a recent estimate released by the U.S. Census Bureau shows a population of 16,720 as of 2008, representing a 7.5-percent decline since 2000.

A local treasure chest of all things Potter County! Featuring a 6,000 sq. foot museum full of historical and genealogical information. Over 2215 works of history, genealogy, reference, vital statistics and other categories of interest to researchers are housed here. Visitors are always welcome for a tour! 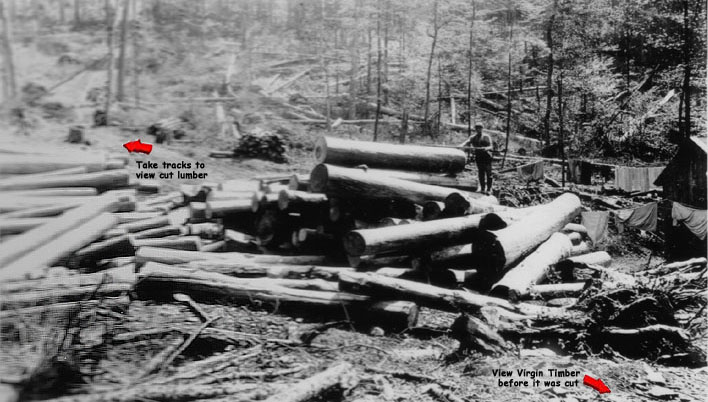 The Pennsylvania Lumber Museum is a fun and educational experience for the entire family. Nestled in the wooded mountains of Potter County, the museum invites visitors to discover the courageous yet reckless spirit of Pennsylvania’s lumbering past while learning to care for the forests of the future. Interactive exhibits in our Visitor Center simulate activities such as swinging an ax, sawing a tree, piloting a log raft and racing locomotives for a hands-on experience with history (interactive exhibits are closed due to COVID-19). Outdoor exhibits located across our 10-acre campus include a re-created early 20th-century lumber camp, a 70-ton Shay geared-locomotive, and Barnhart log loader, and a log cabin built by the C.C.C. Our operable steam-powered sawmill is run three times a year at our Spring Show, Bark Peelers’ Festival, and Fall Show events.

The Pennsylvania Lumber Museum, located in the high plateau country of the Commonwealth, tells the story of the choices and changes made by nature, Native Americans, early settlers and modern society that have shaped our forests since the beginning of time. To showcase the diversity, heritage and history of this lumber era, museum tours begin in the Visitor Center with exhibits, an orientation video and sales shop. Logging camp exhibits include two of the museum’s most popular objects-a seventy-ton Shay geared-locomotive and a 1910 Barnhart log loader.

In the midst of the famous snow belt of northern Pennsylvania, situated on the northern slope of Denton Hill, the park’s elevation ranges from 1800 to 2400 feet above sea-level. The steep grade of the park facilitated the establishment of a downhill ski area and lodge when the site was developed in the 1950s and 1960s. Throughout the remainder of the year, Denton Hill State Park serves as a unique setting for a variety recreational events. Additionally, hikers can find year-round access to the Susquehannock State Forest -- Billy Lewis Area Trail System. 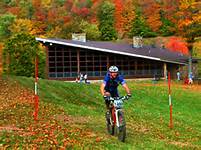 located within Pine Creek State Park this 80 + mile stream is a must for trout anglers looking to fill their creel.

Often referred to as the Grand Canyon of Pennsylvania and the Pine Creek Gorge, the PA Canyon area stretches for over 45 miles with depths of nearly 1500 feet. It’s dynamic topography creates many scenic wonders, including steep canyon walls and waterfalls.

Tioga County Historical Society's museum in Owego, NY houses thousands of artifacts, documents, and photographs pertaining to Tioga County NY history. The museum has a gift shop and four galleries. Exhibits in half the galleries change 2-3 times/year, while our permanent exhibits are on display in the other non-rotating galleries. Be sure to stop by the museum in person. There's always something to see 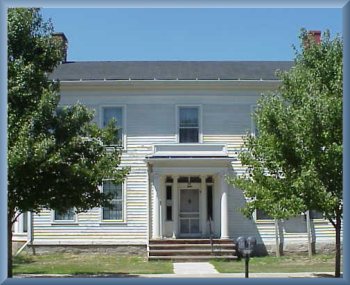 Deane Center for the Performing Arts

The award winning historic Deane Center for the Performing Arts is located along the beautiful, gas-lit Main Street of scenic Wellsboro, PA. The Deane Center is the hub of arts activities, where people from near and far, young and old, can experience and enjoy all that the Wellsboro community has to offer!  Visitors can also enjoy the gorgeous Fifth Season shops and eating at Wellsboro’s favorite, The Native Bagel, all on the Deane Center Campus. Two theatres and three other informal performing venues. 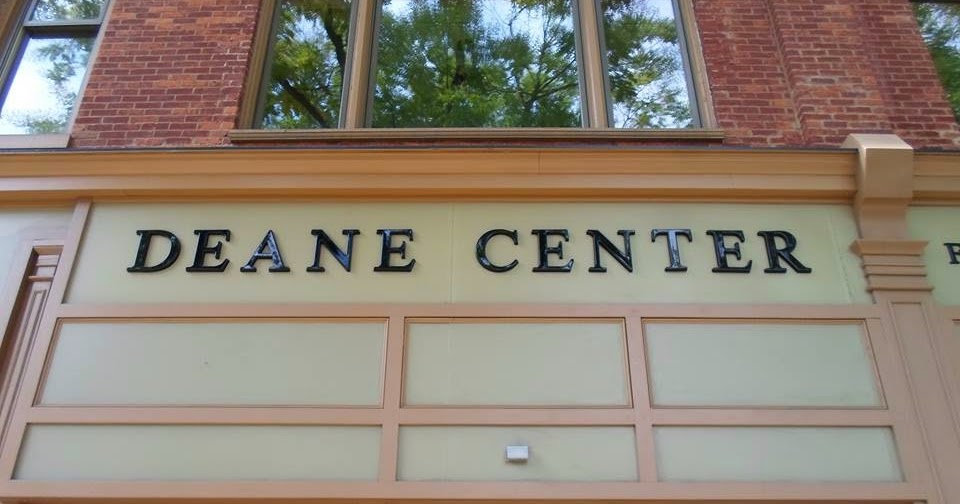 The Arcadia Theater has been entertaining the good people of Wellsboro for over 80 years. It features four screens offering the latest in movies. If you're looking for a great night out, take advantage of the theater's dinner & a movie special!

The Arcadia Theatre opened in 1921 as a single screen movie house. In 1997, the theatre was completely renovated into a 4-screen movie theatre. The theatre has 4 state of the art digital projectors. The Arcadia also produces its own live theatrical productions. 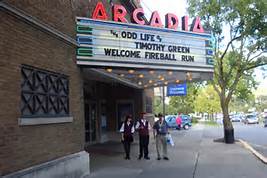 On the east rim of the canyon, the 585-acre Leonard Harrison State Park has modern facilities, a visitor center, and the most famous scenic views of the canyon. On the other side of the canyon is Colton Point State Park.

The environmental interpretive center at the Leonard Harrison main overlook is open during the summer season through the fall foliage season. Video and educational displays interpret the area and its wildlife. Call the park office for visitor center hours or to schedule an appointment for a group tour. 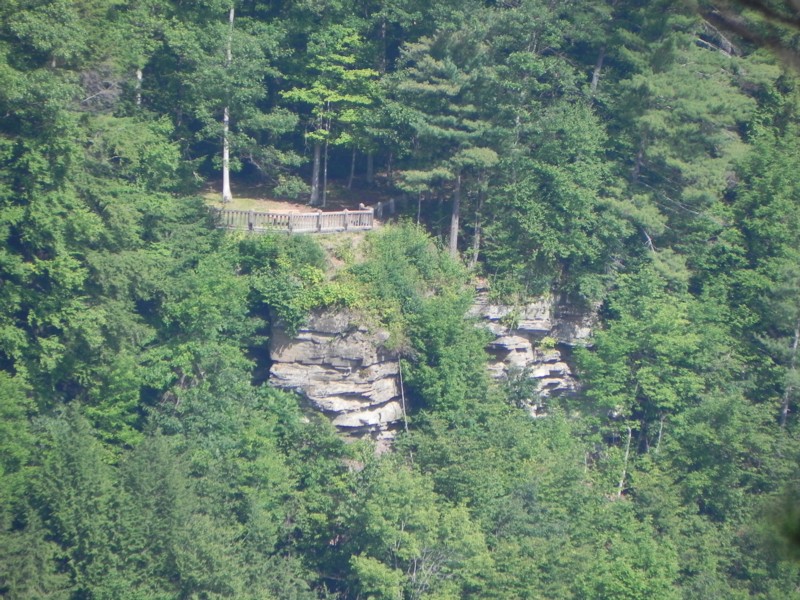