The purpose of this project was to improve and expand interpretive exhibits in the recreated c.1910 lumber camp at the Pennsylvania Lumber Museum. To achieve this goal, the project sought to re-open the upper level of the bunkhouse which includes a presentation of a woodhick’s living quarters, create a jobber’s residence display, and produce additional interpretive signage that recognizes some of the diversity that could be found in a PA lumber camp. This project also set out to equip staff and volunteers with supplies for educational demonstrations and live interpretation.

This mini-grant helped the museum to acquire items to furnish the upper level of the bunkhouse, as well as turn the unused carpenter’s shack into the jobber’s residence. Grant funds allowed for the purchase of reproduction items, which were augmented by deaccessioned artifacts from other PHMC sites. In addition, interpretive signs were created for these newly opened spaces, as well as, for the camp kitchen. Reproduction clothing and supplies were purchased to allow for costumed interpretation by museum personnel, and period cooking supplies were acquired for demonstrations of the cook stove.

Joshua Fox, Curator of the Pennsylvania Lumber Museum stated, “With the funds from the LHR grant the PA Lumber Museum purchased reproduction and period-correct items that were used to furnish and reopen multiple sections of its recreated Lumber Camp exhibit.  The funds also purchased new interpretive signs and supplies for demonstrations, allowing for a more immersive and informative look into life in an early 20th century Pennsylvania Lumber Camp.”

The immediate result of this project is that the Pennsylvania Lumber Museum has two new interpretive exhibit spaces accessible to its audience. These spaces further the museum’s ability to present the visiting public with a greater sense of the rhythms of life in an early 20th-century lumber camp, institutions common throughout the Lumber Heritage Region. The jobber’s residence and new signage in the camp kitchen provides a platform to expand upon the story of the women and children who occasionally lived and worked in these camps; a story that until now had not been told in the recreated lumber camp.

“Visiting the replica lumber camp is a true step back in time. Now with the more detailed displays and interpretive panels you not only learn the lumber camp experience, you become part of it,” said Holly Komonczi, Executive Director of the Lumber Heritage Region.

The jobber’s residence, new kitchen signage, and a new camp store display were debuted when the Lumber Museum reopened to the public on April 30th, 2021, after over a year of COVID-19 closure. For operating hours and more information about the Pennsylvania Lumber Museum, visit their website at http://lumbermuseum.org/

The Lumber Heritage Region (LHR) is a 15-county region in North West/North Central Pennsylvania that accentuates the importance of the lumber industry for the past, present, and future. The goal of the heritage region is to market its assets to potential visitors, to serve as a resource to the PA hardwood industry, and to keep the economic impact of the region at the forefront.

LHR is a 501C3 organization that is dedicated to helping the region make an impact internationally. It is our mission to serve the region with technical, educational, and financial assistance through the coordination of networking and communication initiatives. For more information on the Lumber Heritage Region visit www.LumberHeritage.org 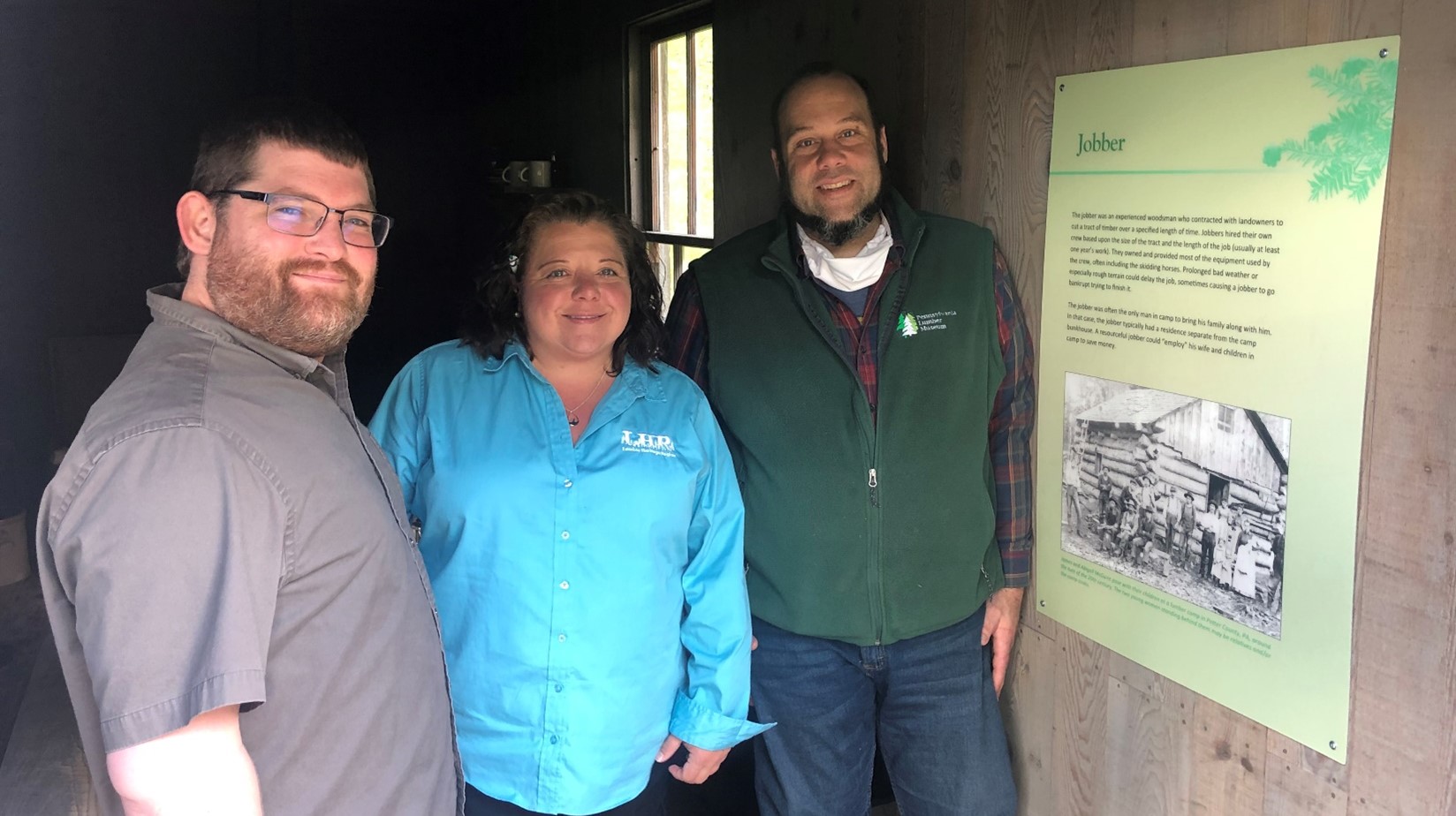 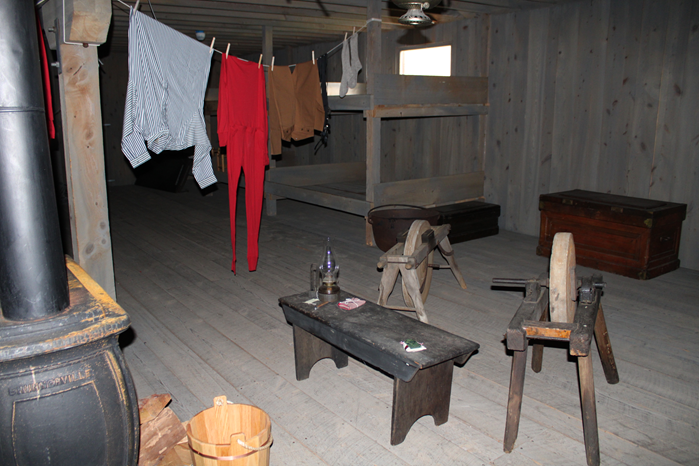 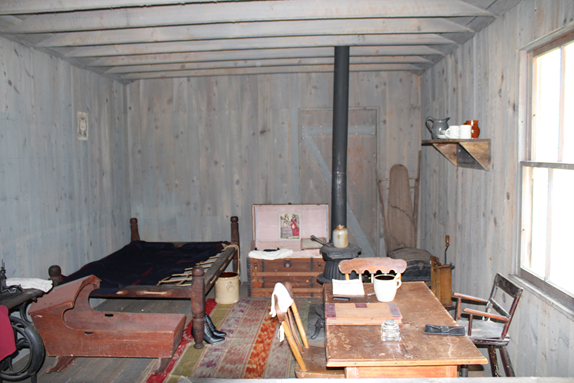